Some Drinks are for Mommys and Daddys

My self and creative writer, Jordan Gabriel, decided over a few beers one evening it would be interesting to create a children’s book for parents. A few beers in we formed an experimental creative team dubbed Young Corruptibles and a book called Some Drinks are for Mommys and Daddys – a light-hearted attempt at a “badass” children’s book. With full creative freedom we had a blast dreaming up the various characters and rhyming couplets. Below are a few examples of the various character illustrations.

We printed a few prototypes and handed them out to our circles for feedback. Most appreciated it’s ridiculousness 😀 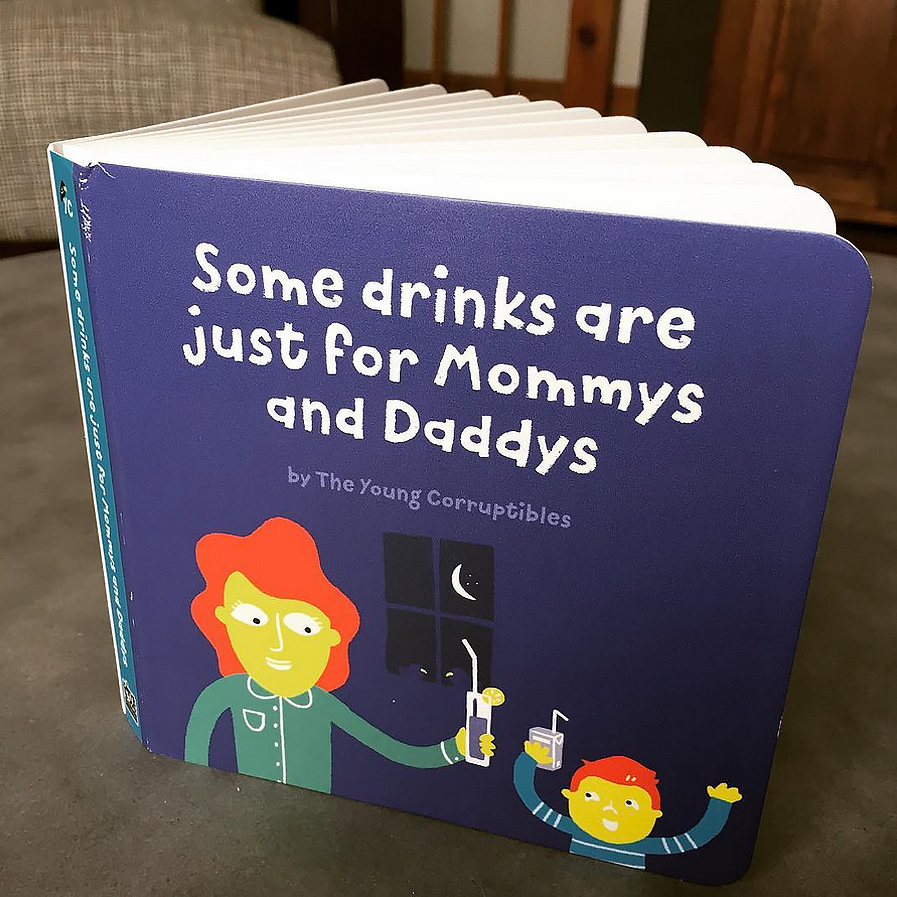 Example of some of the parents depicted throughout the book. 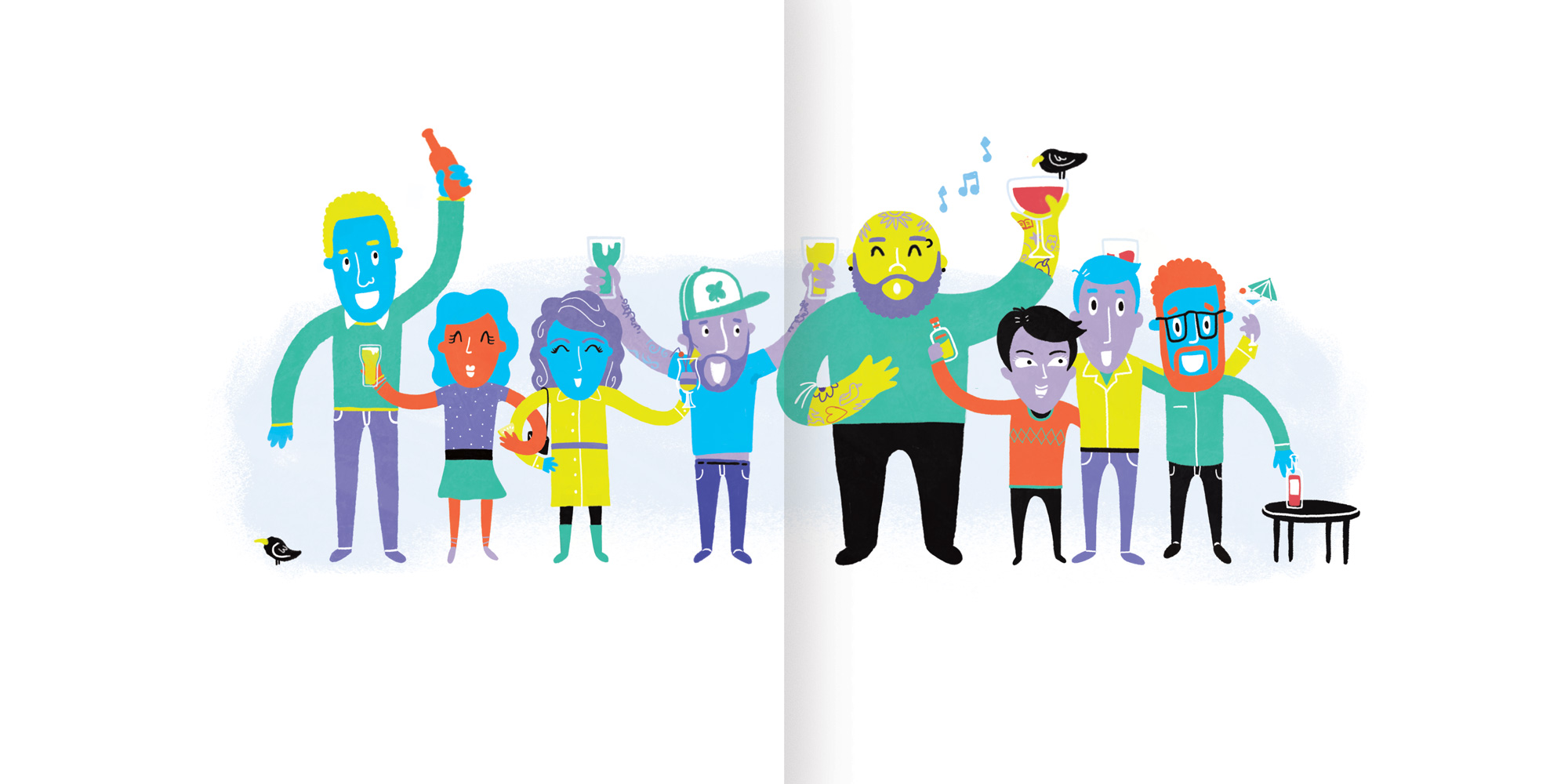 Some drinks help Daddy when it’s time to schnooze. Others lead to adventures like piercings and tattoos. 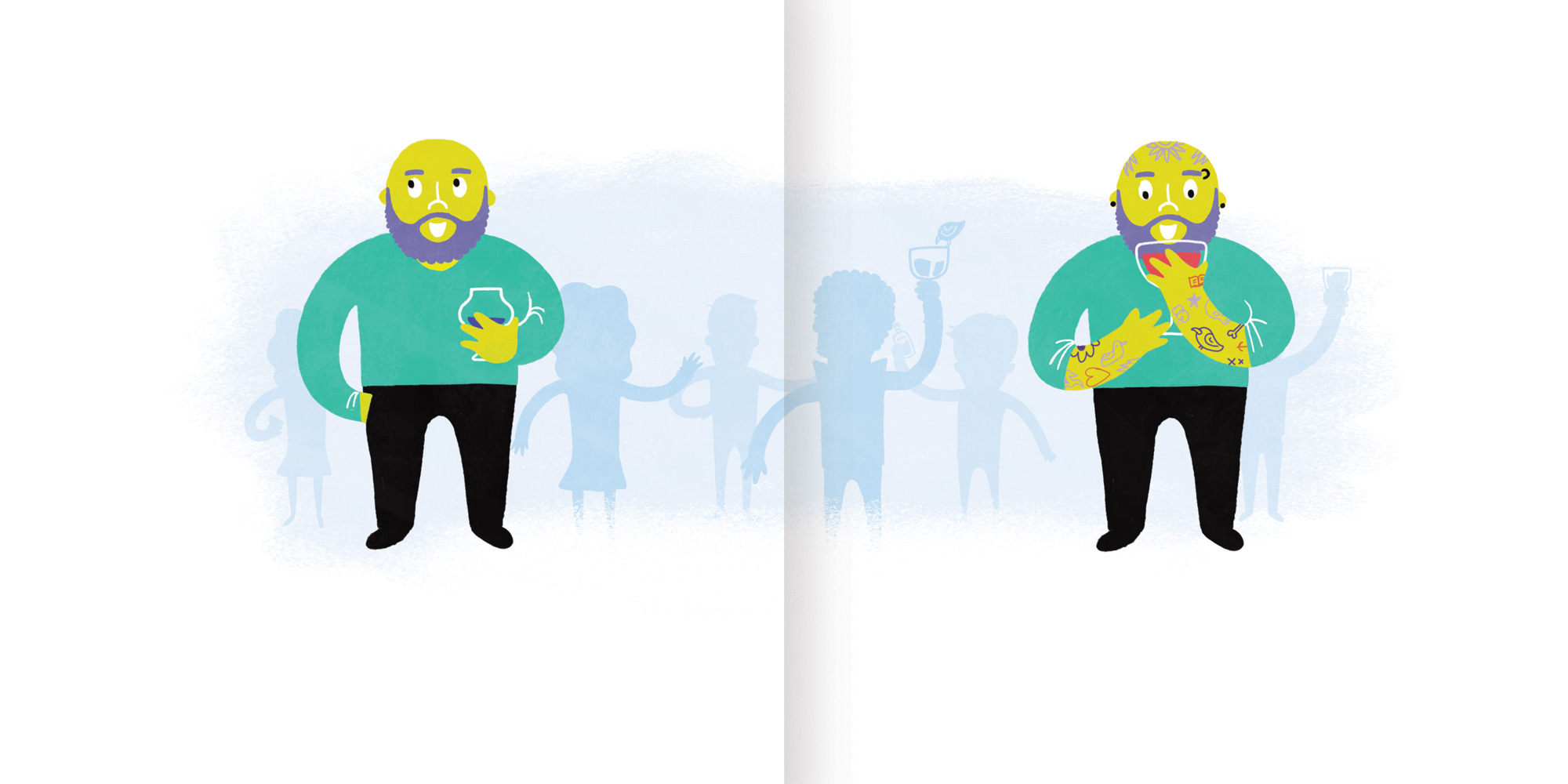 Some drinks help digest; Mommy calls aperitif. Sometimes they end quickly; she calls them quite brief. 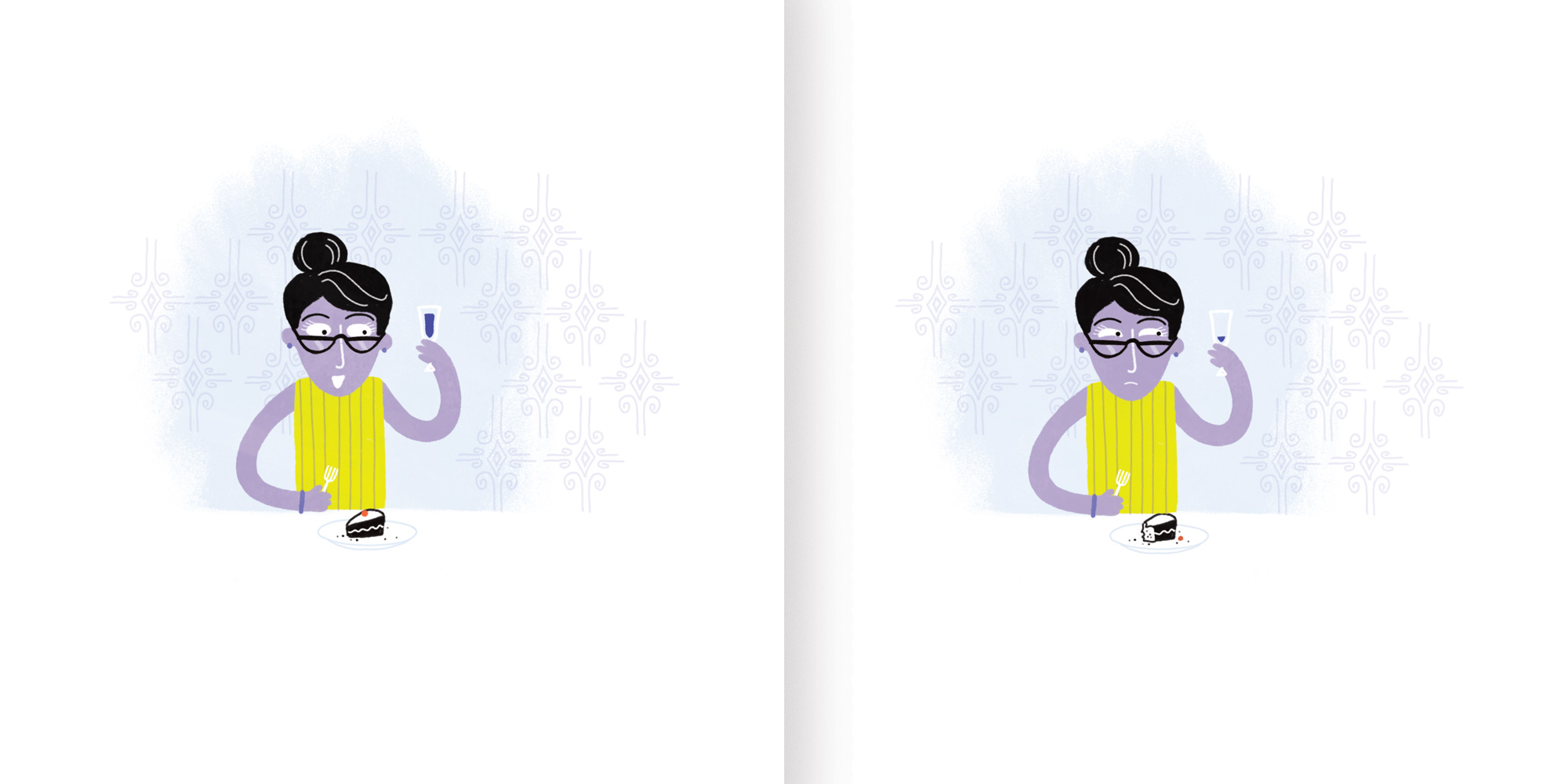 All of the various parents, in no particular order! 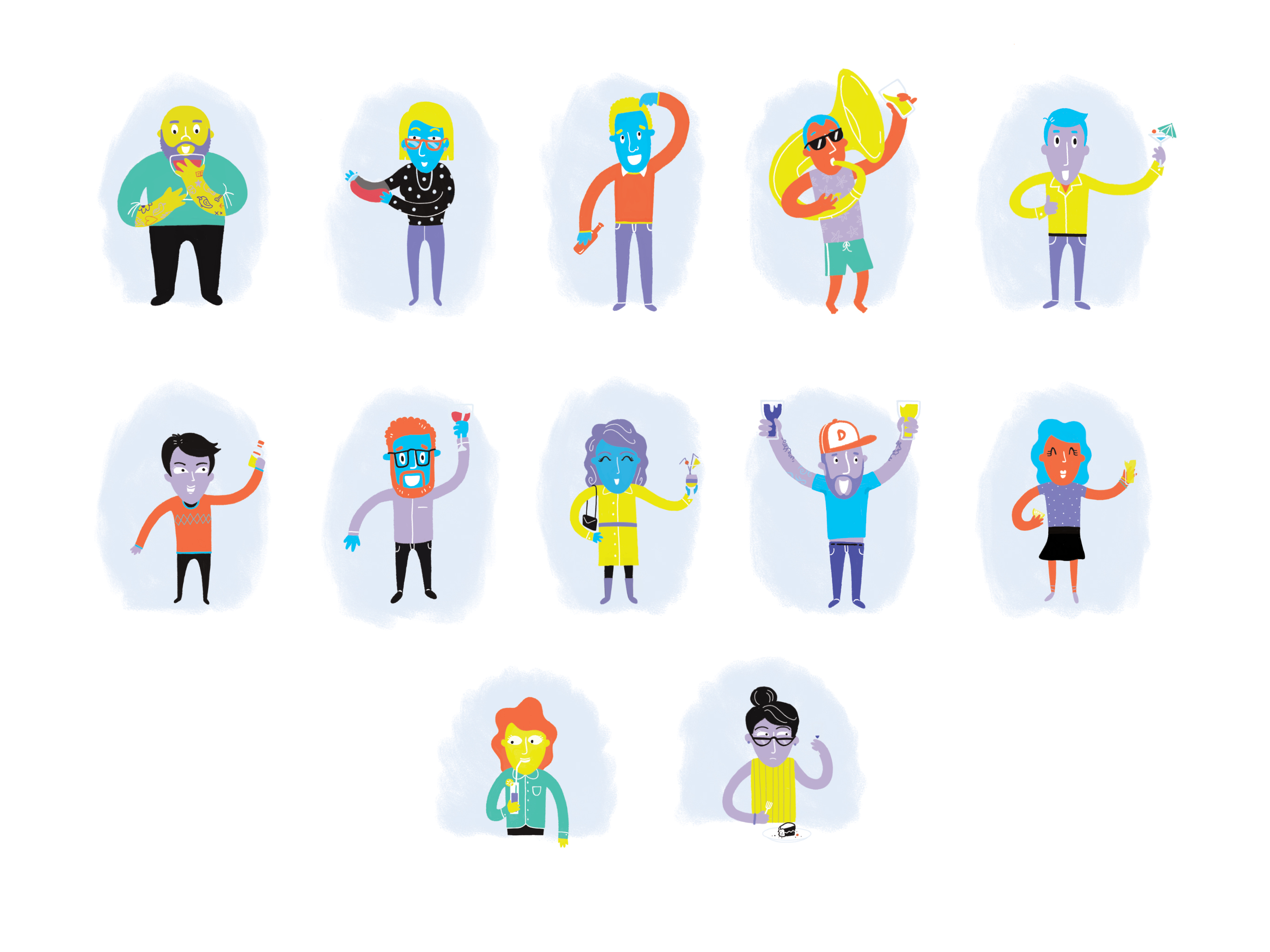 We thought it would be fun and fitting to use a very bold and clashing colour palette.